Democrats want the unvaccinated fined, on house arrest, and 17 other punitive measures 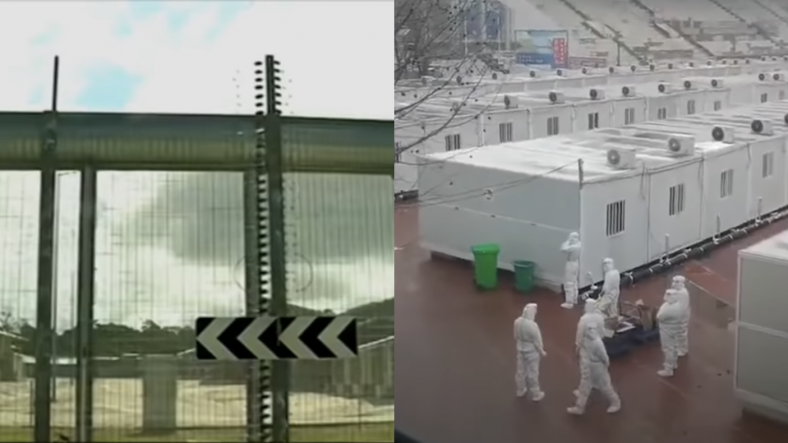 According to a new Rasmussen poll, Democrats support leveling 19 different punishments and restrictions on the unvaccinated segment of the population, including 59% who support house arrest, and 29% who want children forcibly removed from unvaccinated homes.

“If you are unvaccinated, 55% of Democrats want to fine you, 59% want you confined to your home, 48% want you fined or imprisoned for questioning vaccine efficacy, 45% want you forced into “designated facilities,” 46% want you digitally tracked, and 29% want to take your children,” tweeted Scott Morefield.

RELATED: Hospital chain removes race as a qualification for Covid treatment amid threat of lawsuit

The poll shows widespread support among Democrats for punitive and tyrannical measures against the unvaccinated.

Nearly one third, 29%, of Democrats want to take children away from unvaccinated parents. Only 7% of Republicans answered the same way.

47% of Democrats want the government to track anyone who declines the Covid vaccine. 66% of all likely voters are opposed to a government tracking system.

Nearly half, 45%, of likely Democratic voters think the government should force people into detention camps until they agree to be vaccinated. 78% of Republicans said they would “strongly oppose” the use of these “designated facilities.”

Close to half the Democratic respondents, 48%, said they want the government to have the power to throw the U.S. citizens in prison or force them to pay a fine if they write, post, comment, or in any way question how effective the Covid vaccines are. Infractions could occur in person, on the radio, on television, via social media, or in any online or digital publication. 27% of all voters want criminal punishment instituted for unvaccinated citizens.

59% want to see the unvaccinated portions of the American people on house arrest – confined to their homes until they choose vaccination. 79% of Republicans and 71% of unaffiliated voters oppose a measure like this.

The survey also found a correlation between voters’ level of support for President Biden and the harshness of the punitive measures they would like to see leveled at unvaccinated Americans. The stronger the voter’s support for Biden, the stronger their support for government control, intrusion, and punishment on anyone who makes a medical decision different than theirs.

Currently, about three-quarters of Americans are already vaccinated against the coronavirus. Two-thirds of those vaccinated have also opted for booster shot(s).

The Rasmussen poll was conducted via telephone and online polling of 1,016 likely voters on January 5, 2022, with a margin of sampling error of +/- 3 percentage points and a 95% level of confidence.

RELATED: President ‘No Plan Joe’ Biden says there is no federal solution to Covid

Is America Heading For A Systems Collapse?

“Smallpox-Like” Disease Now Spreading To Spain, Portugal & The US

The Fallacy of Collectivism

Responding to Reporter, Joe Biden Blurts Out That the US…