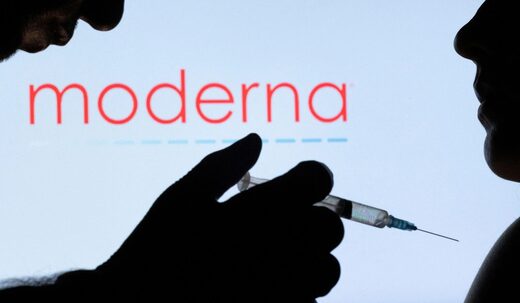 Moderna will seek emergency authorization for its Covid-19 vaccine in children under six, the company announced Wednesday, meaning that this age demographic will likely soon be eligible for the shot.

The pharmaceutical company’s U.S. and Canadian clinical trial produced promising results, namely that two low doses provided a “robust” immune response in young kids and are safe to be administered, the company said.

There were about 4,200 children subjects in the study between two and six years old and around 2,500 children between six months and two years old. The trial has not been peer-reviewed, Forbes noted.

Each child was given a micro dose of 25 μg (micrograms), or one quarter the potency of the adult injection. The response was “well tolerated” with “mild and moderate” symptoms that mimicked the adult experience, mostly after the second shot.

While many states around the country have dropped their mask and vaccine restrictions due to a waning Omicron variant, the pressure has been on the U.S. government and other countries to obtain an approved vaccine for young kids, who they claim are still vulnerable to the virus.

Some states and school districts have treated a vaccine for young children as the condition for relaxing mask requirements for toddlers. For instance, New York City finally ended its mask rule for K-12 public schools, but kept it in place for children under five, citing the lack of an available vaccine. In response to backlash, however, Mayor Eric Adams acquiesced and made mask-wearing optional for preschoolers earlier this week.

Moderna chief executive Stéphane Bancel confirmed the plans to use the trial to request emergency authorization for the vaccine for toddlers and infants “as soon as possible.”

The submission process for emergency authorization for the shot in children aged six to twelve is already underway with the FDA, Bancel noted Wednesday and Forbes reported.

West can arm Ukraine after Russia pulls out — VEGAS TRIUMPH

Dramatic Decline in Births in Germany