‘Nobody cares’ about rape, sterilization, and slave labor China forces on the Uyghurs 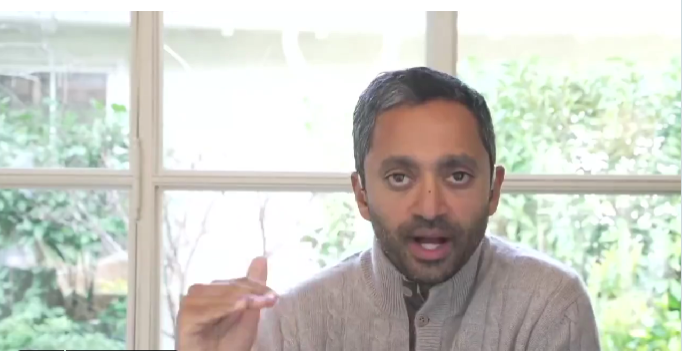 Chamath Palihapitiya, part owner of the Golden State Warriors, said over the weekend that he cares more about climate change than the Uyghur genocide in China.

“Let’s be honest, nobody cares about what’s happening to the Uyghurs,” Palihapitiya said during an episode of his podcast. “You bring it up because you really care, and I think that’s nice that you care. The rest of us don’t care.”

RELATED: China episode of The Simpsons missing for Hong Kong viewers of Disney+

“I’m telling you a very hard, ugly truth,” he continued. “Of all the things that I care about, it is below my line.”

The podcast’s David Sacks said he thinks Americans are more preoccupied with the fact that grocery store shelves are empty.

Sacks responded, saying it is a “sad state of affairs” when human rights take a backseat to other “tactical and strategic issues.”

“I don’t believe it’s a luxury belief to believe that all humans should have a basic set of human rights,” Sacks shot back.

“When @NBA says we stand for justice, don’t forget there are those who sell their soul for money & business like @chamath the owner of @warriors, who says “Nobody cares about what’s happening to the Uyghurs” When genocides happen, it is people like this that let it happen Shame!” tweeted Enes Kanter Freedom.

Palihapitiya currently owns 2% of the Golden State Warriors. They were quick to distance themselves from Palihapitiya’s shocking and callous statements about the Uyghurs, who have, among many other horrors, been raped, sterilized and forced into slave labor at the hands of the Chinese government.

“As a limited investor who has no day-to-day operating functions with the Warriors, Mr. does not speak on behalf of our franchise, and his views certainly don’t reflect those of our organization,” the Warriors said on Twitter.

“Embarrassing for the @NBA, especially coming to light on MLK day. You would think human rights would be something we all care about,” someone else tweeted.

“Between this and the comments about aging Kong, this dude is an awful human who, like the rest of the NBA, sold their soul to China. #UyghurGenocide,” another person commented.

“One minority @nba owner can be dismissed as a jerk. Look more to the @nba commissioner’s embrace of China, @KingJames calling for the firing of GM Daryl Morey for supporting #FreeHongKong, and the silence on the Uyghurs by our @nba moral betters. #KerrPop#sportsmedia” tweeted John Ondrasik.

West can arm Ukraine after Russia pulls out — VEGAS TRIUMPH