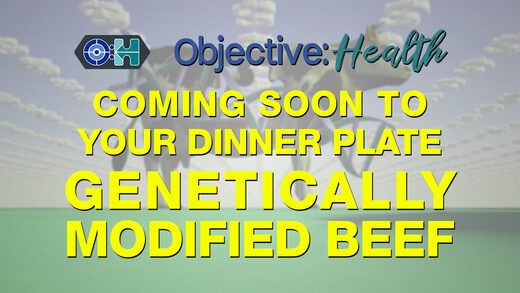 In a recent bold move, the FDA in the US stream-lined the normally lengthy approval process for gene-edited animals for Recombinetics’ beef cattle, granting it a ‘low-risk determination,’ the first intentional genomically altered animal to receive this status. What this means is that in as little as two years, Americans could be grilling their first genetically modified steaks on their BBQs.

The FDA, of course, said the frankenbeef doesn’t raise any safety concerns because the gene-edited cattle don’t have any genome alterations that aren’t found in other species of cow. While theoretically this may be true (or what was intended), they are essentially ignoring the fact that the gene-editing process is highly prone to accidental insertions and mutations that are completely unpredictable.

All of this is completely predictable – the BioTech industry offering what amounts to an unnecessary mutated food species that the regulatory bodies put their stamp of approval on without really thinking twice about it and in turn, the human populace become the lab rats in an uncontrolled experiment which could prove dangerous; even disastrous.

Join us on this episode of Objective:Health as we look into the brave new world of genetically modified animals; a scary look at the future of food.

Dramatic Decline in Births in Germany