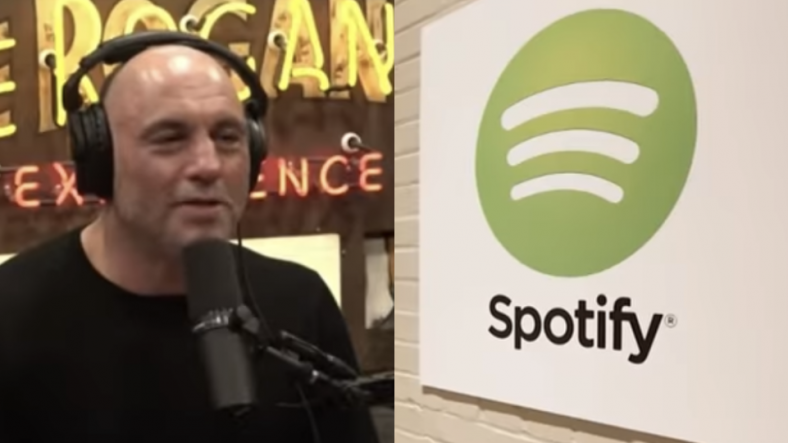 Neil Young and Joni Mitchell joined a growing list of artists who are boycotting Spotify in an effort to cancel Joe Rogan – and it turns out people aren’t happy about it.

“These artists have a right to remove content in protest. But make no mistake, their intent is to force Spotify to censor Joe Rogan so that you and I can no longer choose for ourselves whether to listen. They’re on the wrong side of history. Truth persuades. It doesn’t coerce,” tweeted Bret Weinstein.

“They can have Rogan or Young. Not both,” wrote Neil Young in an open letter published on his website on Wednesday.

“I realised I could not continue to support Spotify’s life-threatening misinformation to the music-loving public,” he continued.

Spotify has not caved to pressure or threats from woke artists or celebrities and has made no attempt to remove The Joe Rogan Experience from Spotify’s podcasts, even in the face of monetary loss.

“Joe Rogan officially has the most expensive podcast in history costing Spotify $4 billion dollars in four days,” someone observed.

“Obviously, Spotify is not going to get rid of Rogan over Neil Young or Joni Mitchell. But for US liberalism, censorship is a virtual religion now, so they will start pressuring bigger names to do this. They try to make any platform toxic which allows dissent from liberal pieties,” tweeted Glenn Greenwald.

“People ARE actually wanting Joe pulled from Spotify for his thoughts on COVID? Like..this really is a thing? Of all the great information and positivity he’s spread, of all the great conversations and debates with expert he’s had in 3 hours sessions..they want him canceled?” someone else tweeted in disbelief.

“The idiots and frauds demanding spotify censor Joe Rogan are only making him more popular,” someone observed.

“Boy….this Joe Rogan protest is getting rid of a lot of worthless music on Spotify. Thanks, Joe,” tweeted another person.

“YouTube would have caved to the censors and dropped Joe Rogan’s podcast. Spotify deserves credit for not bending the knee to the mob,” said someone else.