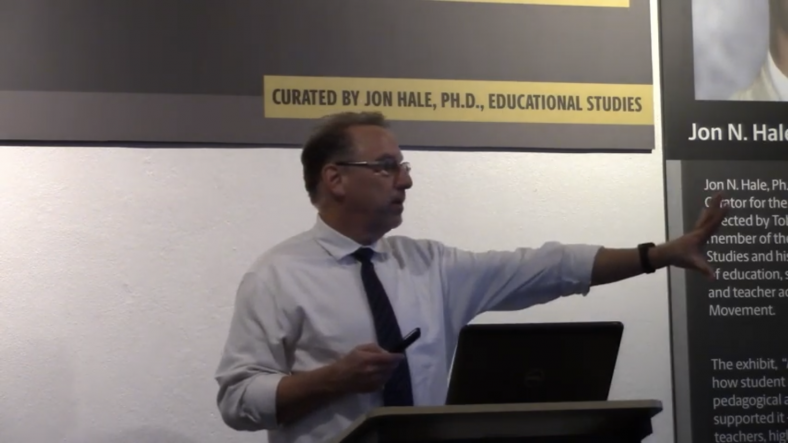 A Penn State professor is being slammed for likening drunk driving to not wearing a mask, and suggesting that people speed drunk through the neighborhoods of those who believe children should not be forced to mask in school.

“Why is it a parent’s right to endanger the lives of other people’s kids and of teachers? Maybe ppl wearing masks should just drive drunk and speed thru the neighborhoods of pro-covid parents as a way to excise [sic] their freedom and rights,” Dr. Edward J. Fuller tweeted.

RELATED: Teacher allegedly fired for not meowing at student who identifies as a cat: ‘you can’t make this up’

Fuller’s tweet was in response to Corey A. DeAngelis’s celebration of Virginia’s new governor Glenn Youngkin, who signed an executive order on his first day in office, giving parents the power to decide whether to mask their children in school.

Fuller, an associate professor of education at Penn State University, holds a PhD in Educational Administration (Policy and Planning). He is also the director of the college’s Center for Evaluation and Education Policy Analysis, which “focuses on providing analyses of education policies in the Commonwealth and across the nation.”

With all of Fuller’s expertise in policy-making, many are asking how someone who holds such radical and bizarre views about an educational policy he disagrees with can be trusted with the education, formation, and safety of children and young adults.

“How about it @penn_state ? Do you support a professor advocating violence? This is disgusting,” one person tweeted.

“Family works for PSU and they aren’t happy. They already on the phone demanding action be taken. @EdFuller_PSU,” tweeted Leah Bella.

“One more reason that college sucks for most sane people these days,” said Scott Walker, former Governor of Wisconsin.

“These are the people teaching your kids,” another person tweeted.

“Professorship does not equal being smart,” observed someone else.

“@PennStateAlums this is vile, disgusting and unbecoming of faculty member of PSU,” one Twitter user said, alerting school alum.

“Calling for drunk driving thru neighborhoods to prove a point? @EdFuller_PSU should not be around children. @penn_state,” maintained another Twitter user.

RELATED: K9s deployed into schools to sniff out Covid-19

“A professor at my alma mater….,” tweeted Curtis Houck.

Fuller has since deleted the tweet and blocked Corey A. DeAngelis and several others who publicly challenged him on the controversial content of his message. He did not immediately respond to Independent Chronicle’s request for comment, nor did his superiors at Penn State University.