While some reports blame antiquated technology for the Russian losses thus far, it’s quite ironic that Zelensky is still alive while Putin’s General is dead.

Russian gains have been pretty small overall. And they never expected to meet with such fierce resistance. Yet, Zelensky’s leadership has made quite the formidable foe out of the Ukraine.

At the start of the invasion, Russia went in with 200,000 troops. Meanwhile, Ukraine has about 360,000 troops. Apparently, according to the rules of war, Russia started off at a disadvantage.

Doctrine holds that an offensive operation should have a 3-to-1 advantage in manpower, which would require the Russians to have a much larger force. The United States and its coalition partners overcame a similar manpower deficiency in the invasion of Iraq through their use of technology overmatch. Technology overmatch, especially air power, allows a small military force to achieve the combat power of a much larger force. Presumably, the Russian military had planned something similar.

While the exact doctrine being followed by the Russians is unclear, they appear to have adopted a multi-domain approach heavily leveraging technology. The Russians started with cyberattacks aimed at disrupting Ukraine’s financial sector and command zones. They then launched a multi-prong offensive with a strong push to capture Kiev. The ground forces are supported by the Russian Air Force and Navy. Their overall goal was to destabilize the Ukrainian defense, put them on their heels, and then quickly rout them. However, the Russian offensive stalled and the military was not able to make the gains that they had planned.

The underlying issue is their defense industrial base, which has significant weaknesses, according to a recent Rand Corporation report. Russia can develop sophisticated systems, but it lacks the “manufacturing capability, funding, and political will” to produce them in large quantities, the report states. As such, the defense industry has focused primarily on foreign arms sales and retrofitting legacy Soviet equipment. Note that the Soviet Union collapsed 30 years ago.

In this conflict, the struggling defense industrial base is reflected in the Russians’ inability so far to achieve air superiority. The Russian strategy for air superiority likely followed what worked for them in their 2014 incursion into Ukraine: heavy use of drones to identify and destroy Ukrainian assets. However, this time Russia’s drones appear to have not been as effective, likely because they have not kept up with advances in counter-drone technology. Without air superiority, the Russian strategy starts to rapidly unravel.

It’s not just air strategy that proves the Russians inferior.

So far, they’ve made three solid attempts to assassinate President Zelensky. Yet, the Ukraine president still stands, and continues to inspire.

According to a report from Times of London, Zelenskyy sidestepped the attempts on his life after Russian individuals who oppose the war fed intelligence about the planned attacks to Ukrainian government officials.

“I can say that we have received information from [Russia’s Federal Security Service], who do not want to take part in this bloody war,” Ukraine Secretary of National Security and Defense said on Ukrainian television, according to the Times.

The circumstances of the 47-year-old’s death were not immediately clear. But the Kremlin-backed Pravda said he was killed “during a special operation in Ukraine. “According to Russia’s state-owned TASS news agency, Russian President Vladimir Putin appointed Sukhovetsky deputy commander of the 41st Combined Arms Army of the Central Military District last year. He was also the head of the 7th Airborne Division, had served in Syria and received two commendations for bravery from the Kremlin. 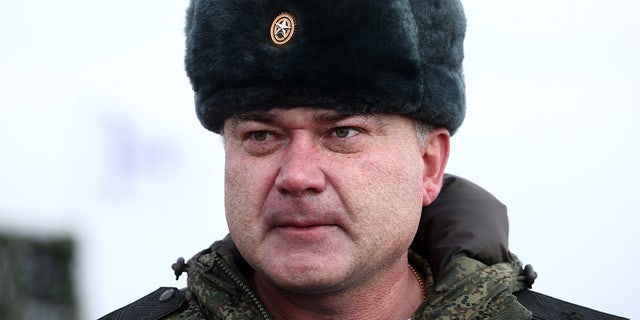 It’s the kind of tactical victory that could definitely give the Ukraine the upper hand. Not all battles come down to the numbers. Sometimes, heart plays a much bigger role. And when it comes to heart, I’d choose Zelensky all day long over Putin. He’s a true leader of his people, even if it eventually costs him his life.